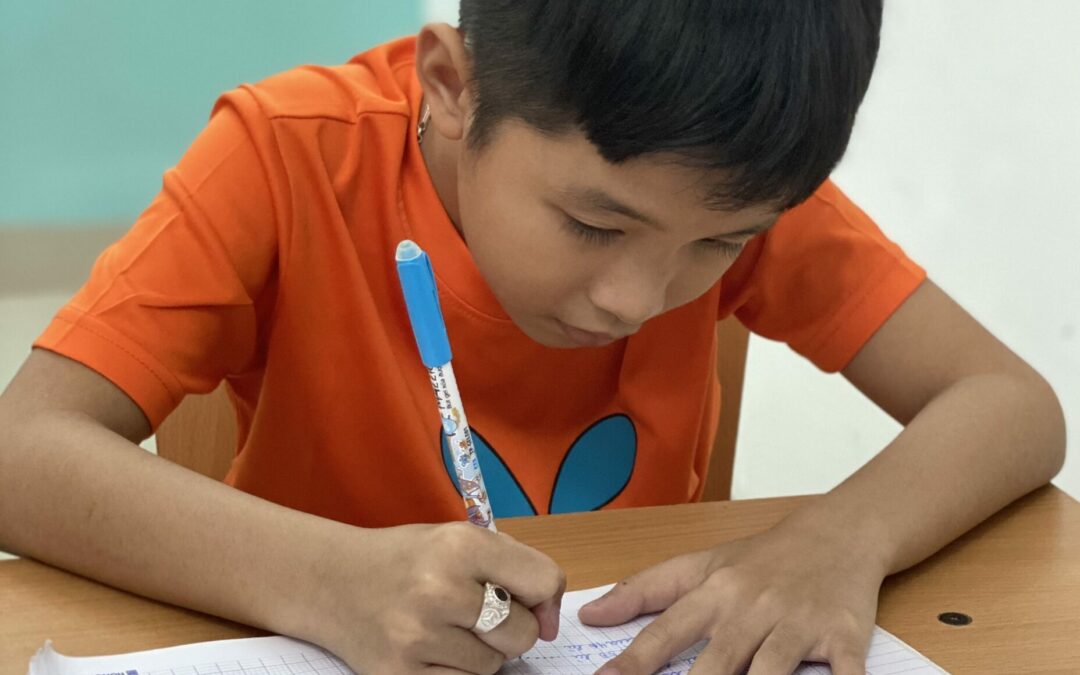 Everyone wants to be understood. For deaf children, not being understood can sometimes lead to crying and tantrums.

This was this case for *Trong. His mother shared how he would scream and cry when he was misunderstood. As he got older and the frustrations continued, she decided that he needed a change. She enrolled Trong at CDS hoping for a change in his behavior and education.

When Trong first arrived, his teachers and classmates had trouble understanding his signs. He continued studying and practicing at home. His mother would record him signing at home and send his progress to his teachers. After several months of being enrolled in school, his parents have noticed many changes.

Trong’s mother recently said, “Although Trong has only been at this school for a short time, we have seen remarkable changes in his learning and behavior. He rarely has tantrums now. He even knows how to properly greet his grandparents.” Trong’s teachers also have noticed a difference in his behavior. He is doing much better in class and learning to control his emotions.

Trong’s mother is happy with her decision to send him to a new school. “In the past, I followed CDS on Facebook and looked forward to their new posts and videos. I had always dreamed for my son to be able to learn and develop like his peers. Now, my dreams have come true.”